Bridge over the Komati River 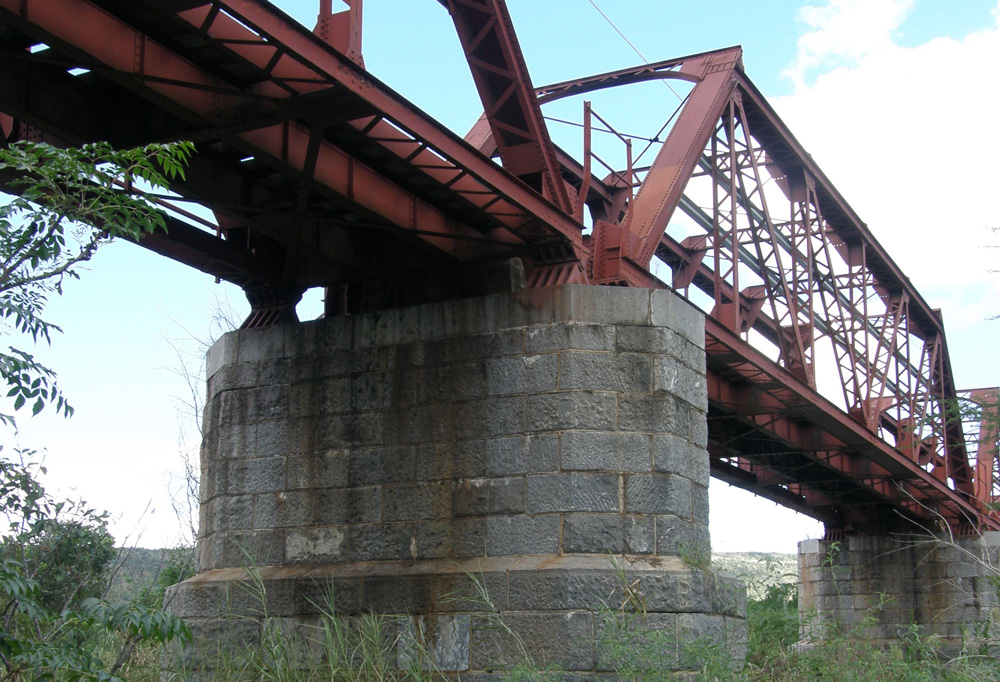 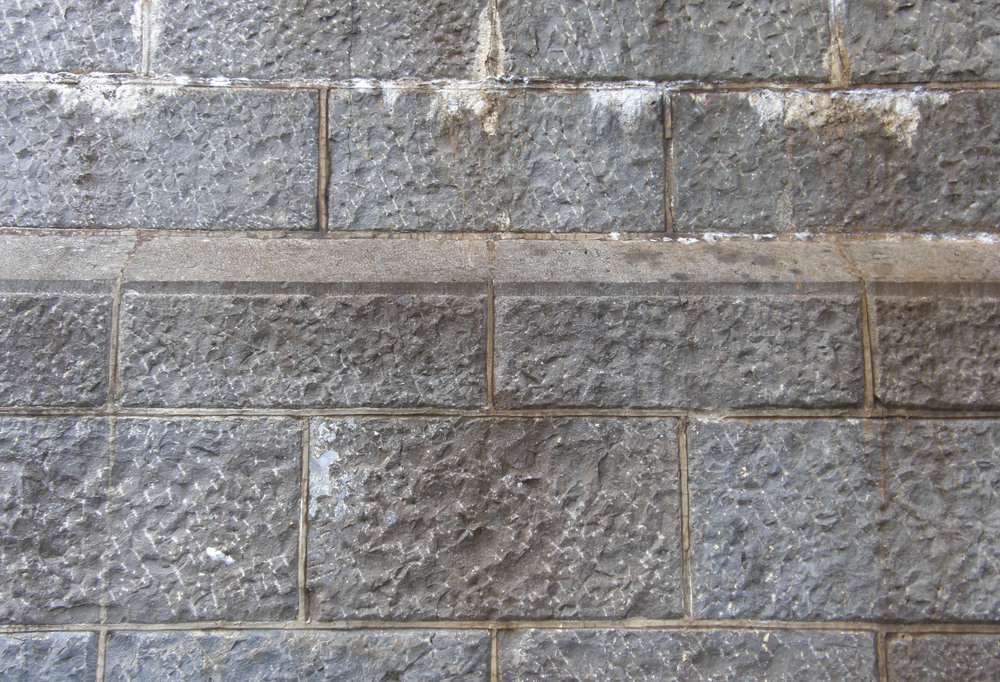 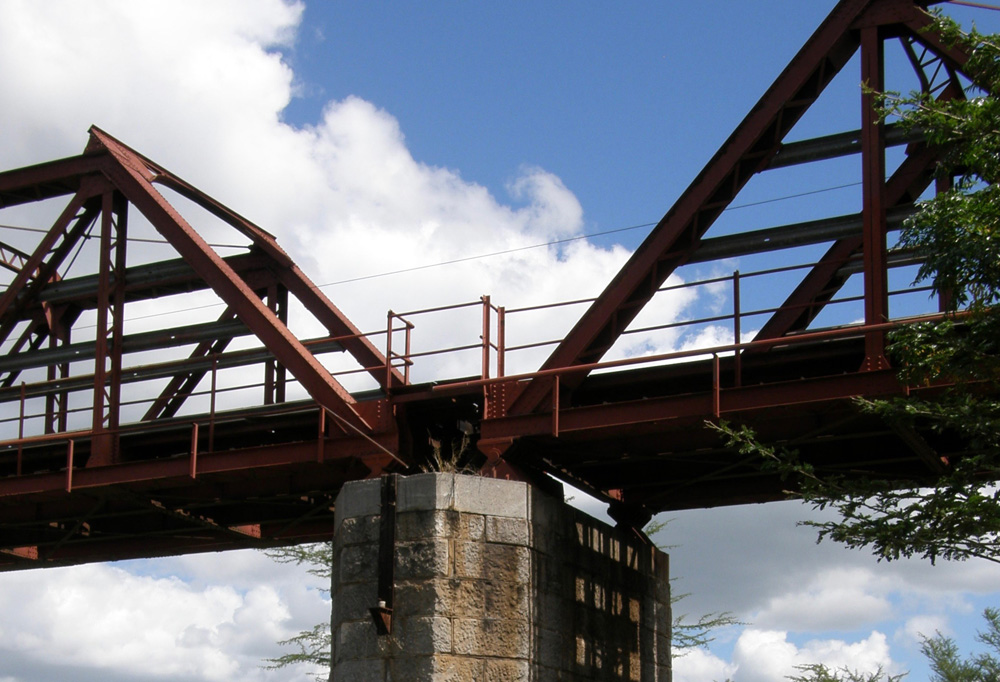 Bridge over the Komati River

The Komati River Bridge was one of the largest NZASM bridges and also the most important bridge on the Eastern Line linking the short border section some three kilometres away to the rest of the line. Rapid completion was of the utmost importance for the progress with the rest of the of the entire line and so the NZASM decided to depend as little as possible on the availability of local building materials.

The bridge was designed as a structure with seven steel spans of 30m each, requiring two abutments and six piers with spans of steel truss girders. The stone for the abutments and piers was imported from Belgium in the form of dressed blocks which were shipped to Delagoa Bay (Maputo), and transported to the site by rail.

The core of the piers and abutments consisted of concrete, and this was enclosed by the stone masonry. The rocky river-bed was used as foundations. On 29 October 1890 Vice-President General N J Smit laid the last stone, which bears an inscription that is still in place.

Towards the middle of November 1890 the abutments and piers were ready, so that the contractors, Clark & Wirth and Van Hattum & Kie, could make a start with the assembly and positioning of the steel superstructure. These spans were manufactured by the steel works L J Enthoven & Co (later to become the Pletterij Den Haag) at a total cost of 60 182 guilders (R10 030). In December the first two girder sections were in position. By May 1891 the assembly and positioning of the other five spans was completed, and on 14 May 1891 the first locomotive crossed the bridge.

The Komati Bridge served the NZASM and its successors throughout the years. Around 1909-1910 the original truss girders were replaced by larger and heavier ones of almost the same type. These spans, as well as the track, are the only parts which are not of the original construction. Over a century later the NZASM abutments and piers still carry train traffic to and from Mozambique.

Where to find it